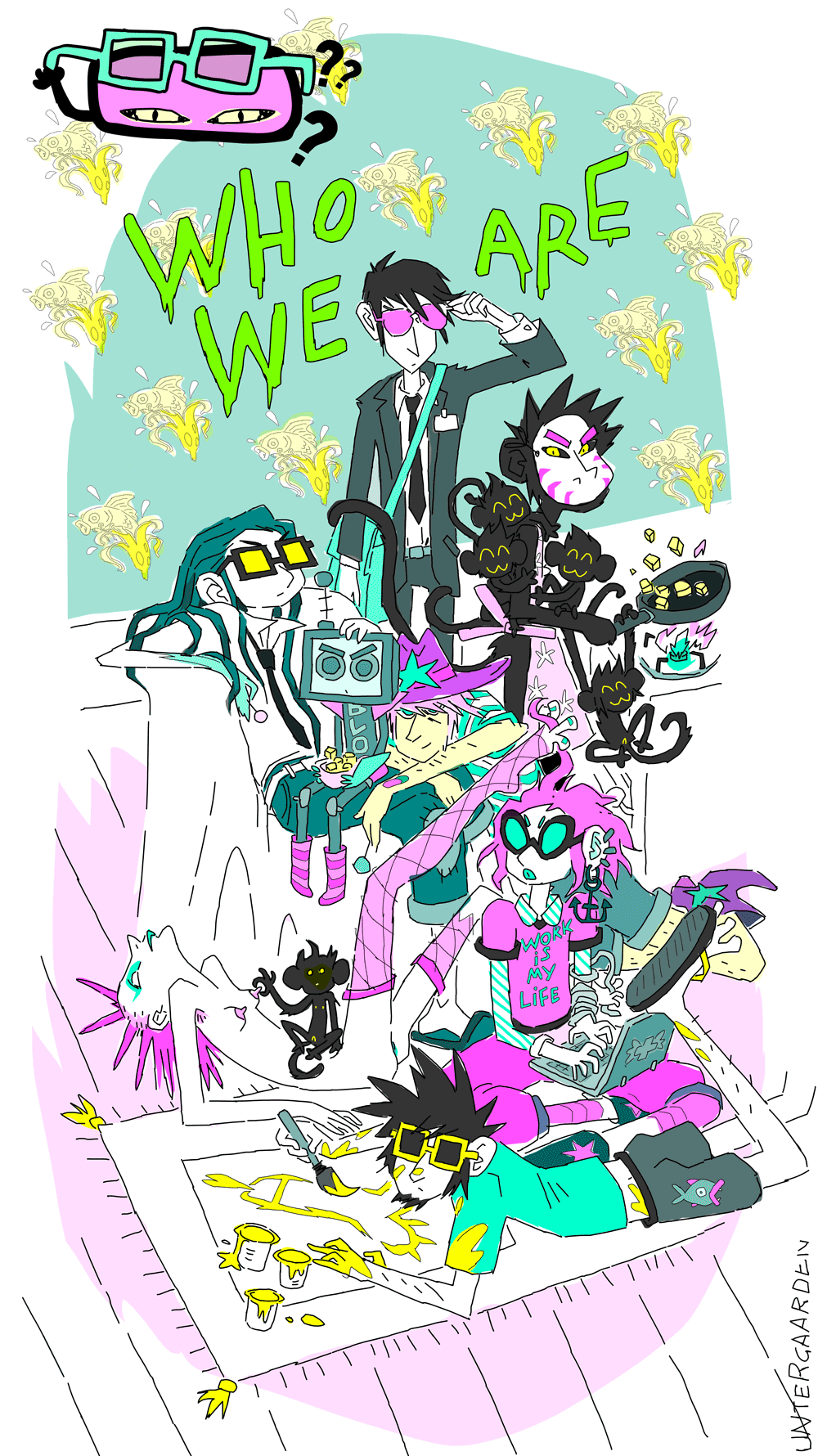 Absolute fan of Dr Who (RTD era) and David Bowie (any era), she cast off to feel in her hair the fresh wind of the adventure. Whatever the weather. Particular Sign: Reads far too much manga.

* A.K.A The BOSS. Untergaarden’s irascible cousin, she’s the one who put the pancakes on the table since Untergaarden left his job. In return, she never hesitates to reduce her to slavery.

* A.K.A Mystery Man! Do not be fooled by his so wise and angelic apparence ! Bank employee during the day, he decided to spend his nights writing deviant comics with Untergaarden. The thin line between courage and stupidity is decidedly very thin.

Inveterate layabout and great lover of any psychedelic substances, Pablo lives with the winds, the inspiration and the packet of potato chips that Untergaarden shares from time to time with him.

Special sign: He does not possess any mobile phone and disturbs computers when he approaches them. Well, at least, that’s what he pretends.

Former colleague of Untergaarden, she’s still working her ass of at the office while Untergaarden does whatever she wants wherever she wants. Clara comes to the studio after work, around 23H, and still dreams of escaping to her workaholic condition,  one day or another.

Elvira believes she has a bright topmodel future ahead, and she’s ready for anything to reach it ! improbable postures, animal partners, crazy outfits. The bright side of all this shit is that she’s never short of silly anecdotes.

Special sign: She mets Untergaarden on a shoot where she was doing body painting.

Mercenary artist with dubious origins, Jarvis likes to spend time in the studio, to tell horrible stories, to take a nap or to simply recruit small hands to finish his paintings.

Special Sign: always walk around with Blaise, his familiar lobster.